Don't Gamble With Your Safety!

Sled tests are particularly useful for highlighting potential weaknesses, but only with a 100% impact barrier test can you be sure how the machine will perform in a real crash.

Comments:
The tremendous energy involved in the impact is revealed by this development test. The steel underplates that were holding the machine in place simply ripped through the floor, allowing the machine to pitch forward, resulting in a failed test.

In addition, further strengthening of the clamps is needed as two of them failed. This test well illustrates why development testing is important, as parts of the chassis and clamping systems needed to be completely redesigned.

Once the design changes and improvements had been made, the test was repeated.

Comments:
This lower speed test was useful in highlighting the points of potential weakness. The machine remained attached to the vehicle floor, resulting in a successful test, but improvements were needed to the clamps.
Test 3: 30km/hr (18.6mph)
Machine: 1,000 litres
Test Result: PASS

Comments:
A successful test at 18.6mph. After the lessons learned from the previous test, a completely new method of installation was devised which did not involve securing the machine to the vehicle floor.

The strengthened clamps, though remaining secured, still showed signs of imminent failure, and so needed to be not just strengthened but totally redesigned.

Comments:
The 30mph impact releases a huge amount of energy, but the chassis design changes and re-designed clamps were clearly effective. Despite the large forces involved, none of the clamps or anchorage points failed, and the machine stayed secured to the floor.

Following the development tests and design changes that were made as a result, we are ready for the 100% impact barrier test. 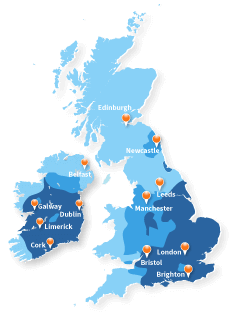 Decide which Ionic System is right for you, we have mapped several countries around the world and their water hardness. Click the link to see the maps

The latest products, demonstrations and instructional videos to aid with the use and care of your Ionic System.
Learn more

Get your copy of our Reach & Wash® product catalogue today. Simply fill in our online form and you can request a posted or digital copy.
Request Catalogue

We are the ONLY supplier of waterfed pole equipment to be awarded the FMVSS-208 certification. Find out about our crash testing.
Learn more

You can change these settings at any time. However, this can result in some functions no longer being available. For information on deleting the cookies, please consult your browser’s help function.

With the slider, you can enable or disable different types of cookies: